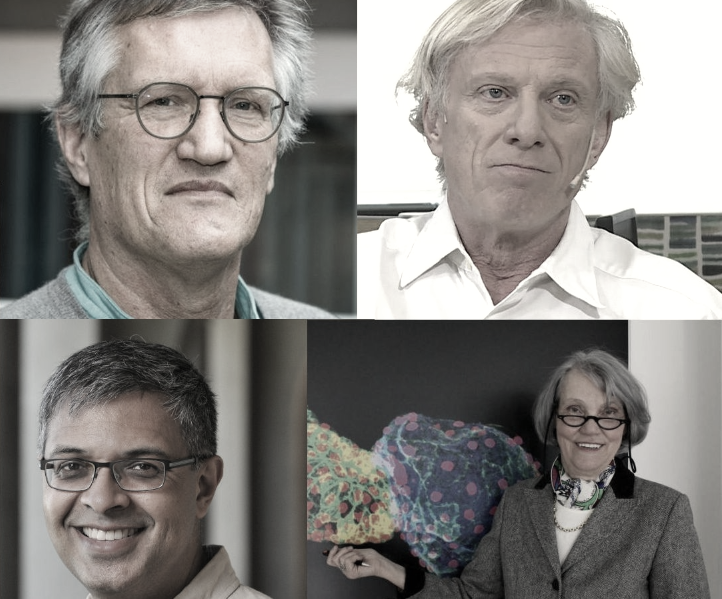 Welcome to the 2020 Apocalypse. We certainly live in exciting and interesting times. For any of you who have been following the truth movement over the last 20 years, the current atmosphere of fear and governmental measures being imposed upon us all will come as no surprise.

What I find more surprising is the rate of compliance, lack of questioning, lack of science and the incredible detrimental effects to the health and wellbeing of all people, across all cultures. So what is really bringing humanity to its knees right now?

“The Truth Shall Set you Free”

Through these times we need to be focussed, not on the symptoms, but on the causes and the solutions. REAL Solutions, will only come from Truth. It’s unfortunate we live in a world where it has become perfectly acceptable for the Media, Politicians, and Corporations to habitually Lie and deceive the people that they are supposed to serve and support. The tables have been turned, the people have become the “Public Servants” and those that are supposed to serve us have established themselves as self-declared Authorities.

APOCALYPSE: to Un-Cover or Reveal. (Aka REVELATION) Old English, via Old French and ecclesiastical Latin from Greek apokalupsis, from apokaluptein ‘uncover, reveal’, from apo- ‘un-’ + kaluptein ‘to cover’.

Question everything! Contemplation is the art of living awareness. Don’t swallow the Fear Pill. Demand Truth.

13. Dr. Sunetra Gupta et al. are an Oxford-based research team constructing an epidemiological model for the coronavirus outbreak, their paper has yet to be peer-reviewed, but the abstract is available online. Dr Gupta is a Professor of Theoretical Epidemiology at the University of Oxford with an interest in infectious disease agents that are responsible for malaria, HIV, influenza and bacterial meningitis. She is a recipient of the Sahitya Akademi Award, the Scientific Medal by the Zoological Society of London and the Royal Society Rosalind Franklin Award for her scientific research.

14. Dr Karin Mölling is a German virologist whose research focused on retroviruses, particularly human immunodeficiency virus (HIV). She was a full professor and director of the Institute of Medical Virology at the University of Zurich from 1993 until her retirement in 2008 and received multiple honours and awards for her work.

15. Dr Anders Tegnell is a Swedish physician and civil servant who has been State Epidemiologist of the Public Health Agency of Sweden since 2013. Dr Tegnell graduated from medical school in 1985, specialising in infectious disease. He later obtained a PhD in Medical Science from Linköping University in 2003 and an MSc in 2004.

16. Dr Pablo Goldschmidt is an Argentine-French virologist specializing in tropical diseases, and Professor of Molecular Pharmacology at the Université Pierre et Marie Curie in Paris. He is a graduate of the Faculty of Pharmacy and Biochemistry of the University of Buenos Aires and Faculty of Medicine of the Hospital Center of Pitié-Salpetrière, Paris.

He currently resides in France, where he has worked for almost 40 years as a researcher in clinical laboratories developing diagnostic technology.

20. Dr Michael Levitt is Professor of biochemistry at Stanford University. He is a Fellow of the Royal Society (FRS), a member of the National Academy of Sciences and received the 2013 Nobel Prize in Chemistry for the development of multiscale models for complex chemical systems.

In February this year, he correctly modelled that the China outbreak was coming to an end, predicting around 80,000 cases and 3250 deaths.

21. German Network for Evidence-Based Medicine is an association of German scientists, researchers and medical professionals.

The network was founded in 2000 to disseminate and further develop concepts and methods of evidence-based and patient-oriented medicine in practice, teaching and research, and today has around 1000 members.

Take the Time to Read, Listen and Watch the above insights.

What does the World Health Organisation and Imperial College have to say?

Summary The global impact of COVID-19 has been profound, and the public health threat it represents is the most serious seen in a respiratory virus since the 1918 H1N1 influenza pandemic. Here we present the results of epidemiological modeling which has informed policymaking in the UK and other countries in recent weeks. In the absence of a COVID-19 vaccine, we assess the potential role of a number of public health measures – so-called non-pharmaceutical interventions (NPIs) – aimed at reducing contact rates in the population and thereby reducing transmission of the virus. In the results presented here, we apply a previously published microsimulation model to two countries: the UK (Great Britain specifically) and the US. We conclude that the effectiveness of any one intervention in isolation is likely to be limited, requiring multiple interventions to be combined to have a substantial impact on transmission.

How did they get it so wrong?

With these tyrannical measures being put in place based upon false science, incorrect modeling and being delivered downstream from a global government, it’s pretty clear what agenda is coming into play.

Why is this so important?

These moves have all the hallmarks of severe and detrimental outcomes if they are allowed to follow through resulting in a broad number of serious violations of human rights, freedom and the safety and well being of not only the current but all future generations.

The solution here is a double edge approach. Educate and Activate.

Activate truth, activate light, activate illumination. Through ceremony, intention, prayer, magick. This is a spiritual call out, to send a ripple of awakening through the collective so that the truth be seen by those who have the power and ability to take affirmative action.

Educate Truth. Question everything, share what you learn and stand firm.

Welcome to the Apocalypse!

Founder of Lightworkers.org, Shamanic Adventurer and Entheogenic Explorer. Adeon blends together ancient wisdom teachings and processes into application for a modern world. Described as a spiritual entrepreneur, mind hacker, journey guide and Rainbow Warrior. His passion is helping all sincere aspirants find freedom in living their highest purpose and healing their deepest wounds. Instagram : @Adeon777 | YouTube

Please log in again. The login page will open in a new tab. After logging in you can close it and return to this page.